An angel has no memory, And if you want to be me be me And if you want to be you be you 'Cause there's a million things to do You know that there are, Oh it was gorgeousness and gorgeosity made flesh. The trombones crunched redgold under my bed and behind my gulliver the trumpets three-wise silverflamed and there by the door the timps rolling throug

Most pieces posted in this category would usually come within the arms of the ‘fine art’ bracket, but art is not limited to the embrace of those arms. I’m about to share with you a collection of favoured images from a time gone by – vintage film posters in all their gaudy glory! Some are without doubt works of art in their own right, others rather hysterical, which appeals all the more. There are a couple of modern ones slipped into the list because they fit so well.

sonmi hands out the popcorn and dims the lights

Vampire/Vampyre films – there’s an ever pervading draw to the toothy Count (now count your toothies), and his ilk. sonmi read every book in this genre when she was a youngster in another life, however the films rarely stand up to the books. There is much to be said for corn mind you, and I highly recommend Frank Langella’s Dracula (1979), and Gary Oldman’s performance also (1992), not forgetting the great Bela Lugosi as featured above.

Another favourite film here, with artwork upon the poster that harks back perfectly to match the older posters. I quote –

Dr. Frederick Frankenstein – “Igor, help me with the bags.

Igor – [Imitating Groucho Marx] Soitenly. You take the blonde, I’ll take the one in the turban.

The Wolf Man – Tom Jones in one of his earlier roles. 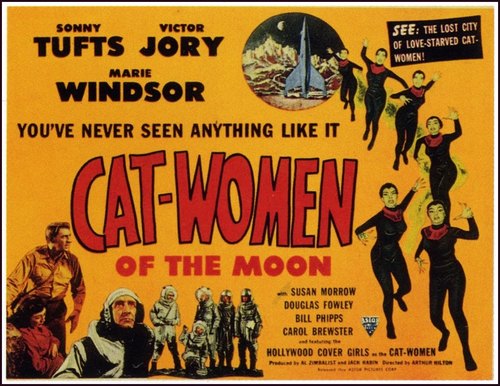 Cat-women of the Moon. These days they would be plastered all over youtube sitting in jam jars and boxes. 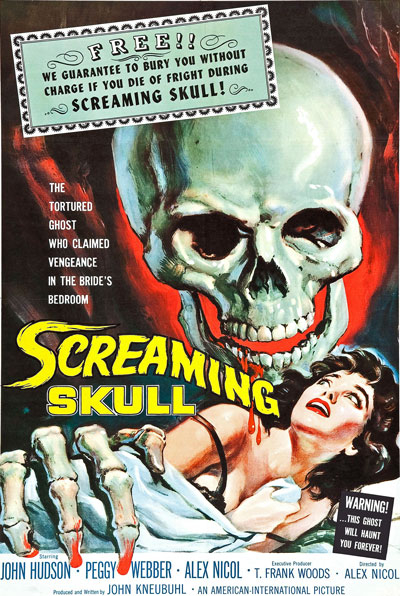 Screaming Skull – sonmi has the T-shirt as it is so subtle and classic a design.

Women get highly annoyed when they can’t find shoes to fit, hence her irritation. 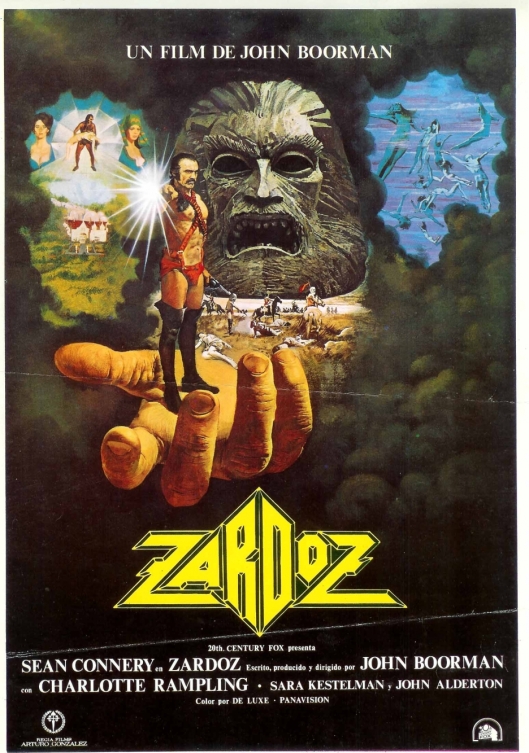 Sean Connery in a mankini, what’s not to like? All of it that’s what. Having said that as some of you are aware this film is featured in my Films – Fantastical and Unusual Celluloid. category, thanks to The President and Founder *nods her thanks* –  it is so bad, it slips into fascinating/bordering good.

And to this very day we have whole generations believing the monster to be called ‘Frankenstein’. Tuts. 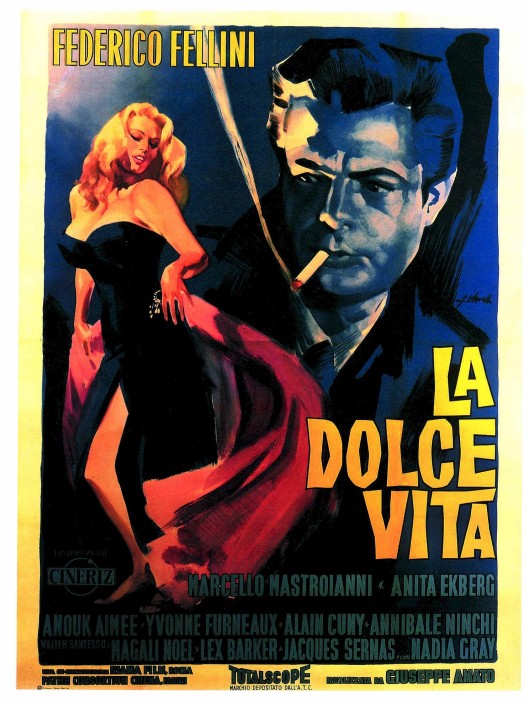 The above and the below are simply stunning examples. 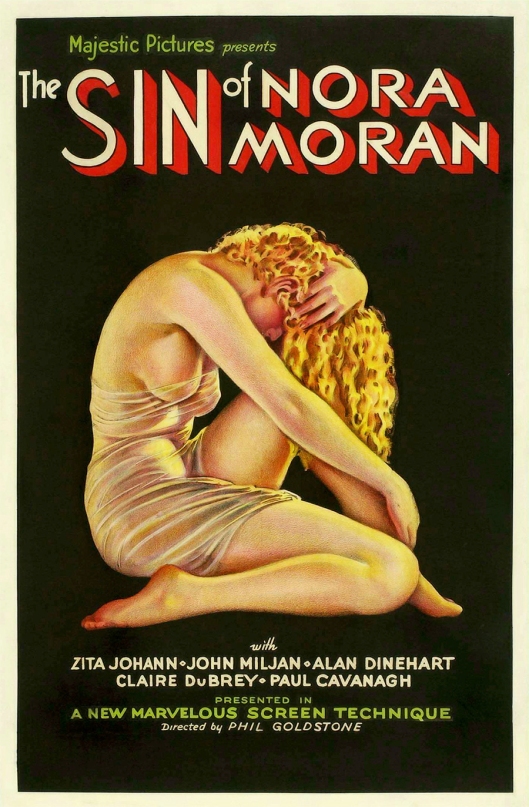 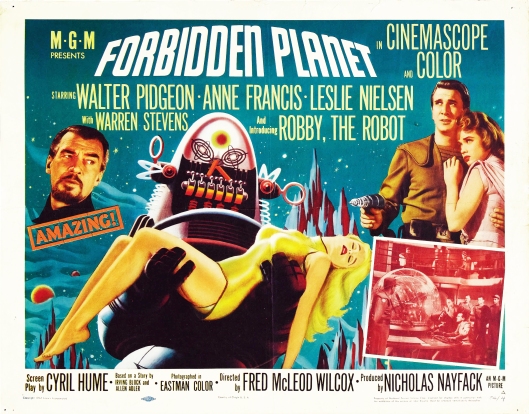 The least frightening robot in the history of the world ever. (Barring the travesty that is the ‘new’ Marvin the Paranoid Android in the film of ‘The Hitchikers Guide to the Galaxy.’ *shakes a small fist at Hollywood).

Nosferatu – above and below. The original is still as fresh and frightening, and the re-make below turned out to be a much easier film to make than thought due to Klaus Kinski needing no make up at all to play the part. 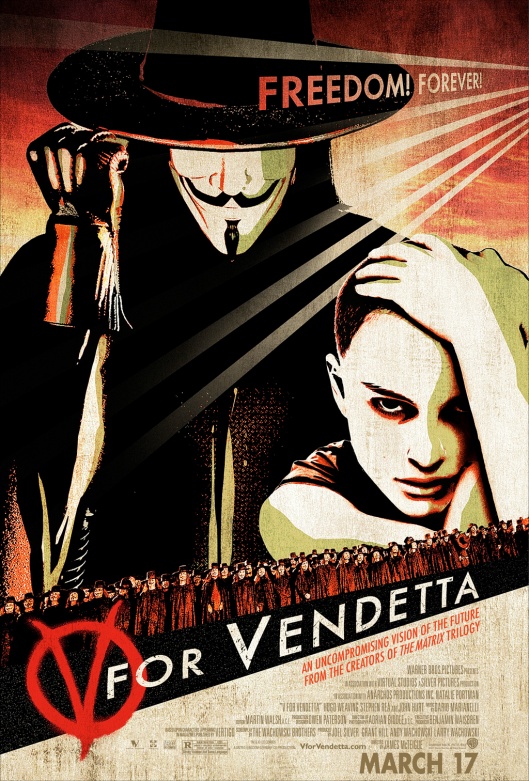 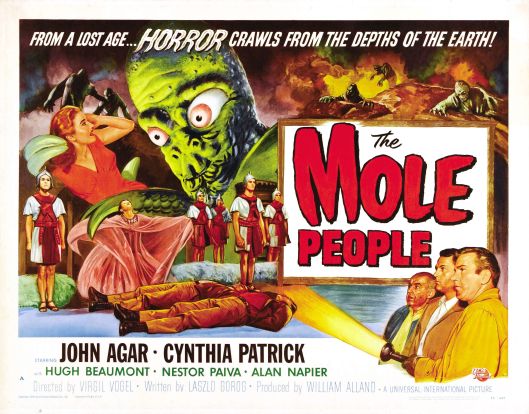 It doesn’t get much better than this. 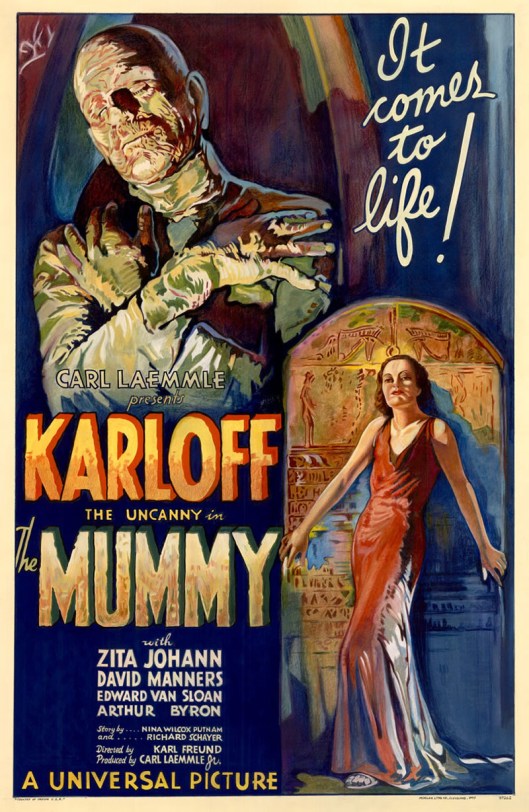 It comes to life! – Superb imagery 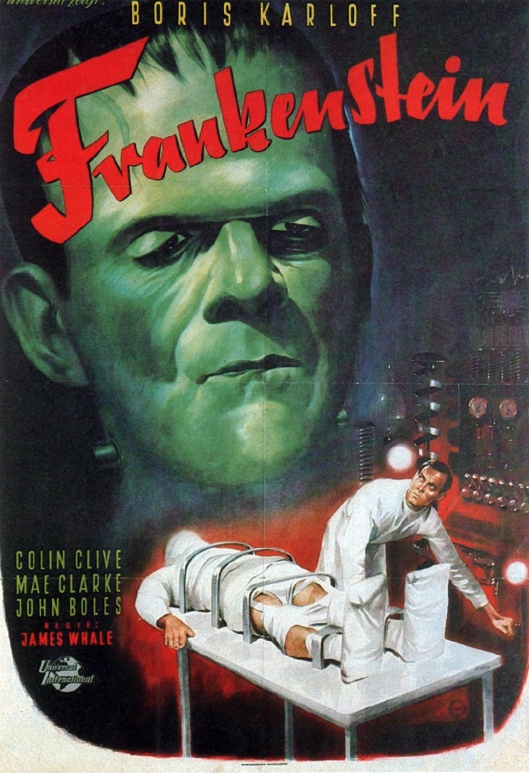 I was wrong, it does get better.

And even better than that. I know of a nightclub where that green chap and his make-up would blend in seamlessly.

Glamour Hammer indeed. Two more giant females. My money is on ‘She who must be obeyed‘ mind you.

Everything about this film is superb, the design is to die for (should you be feeling a bit low). 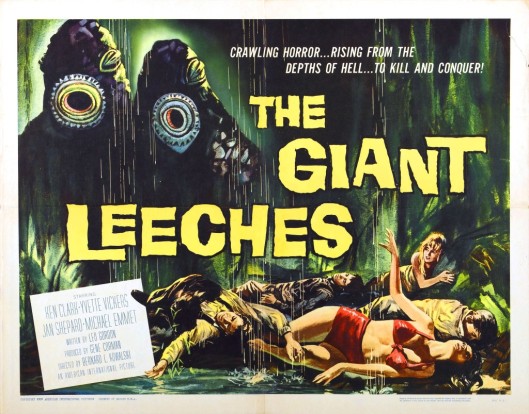 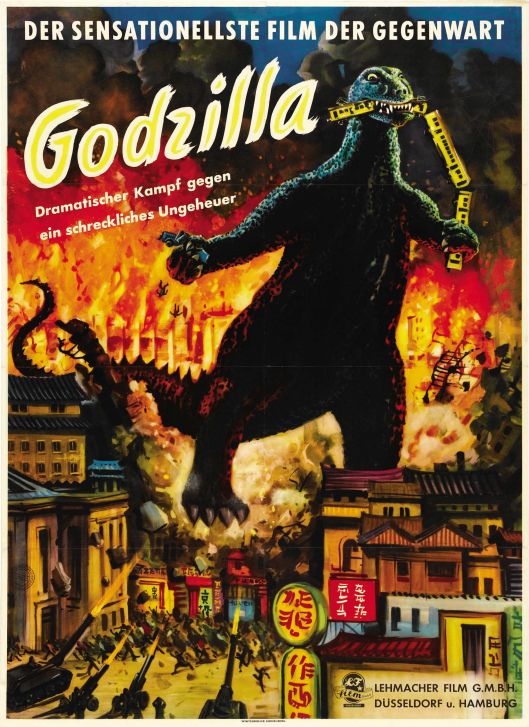 Gone with the Wind, an almighty tower of a film. I do not think the woman he holds in the poster looks anything like Vivien Leigh mind you.
Rhett Butler – “You should be kissed, and often. And by somebody who knows how.” – Sage advice. 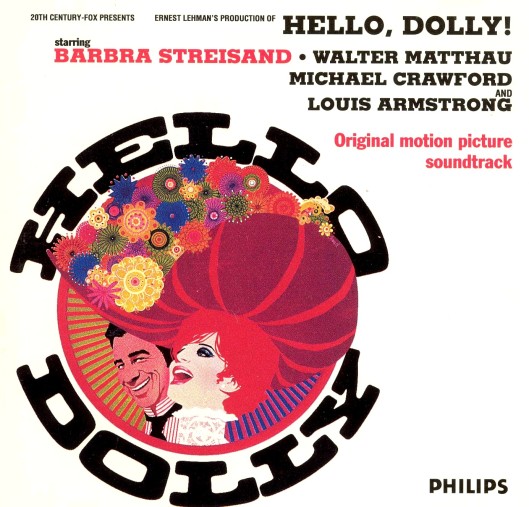 Horace Vandergelder – “Eighty percent of the people in the world are fools and the rest of us are in danger of contamination.” 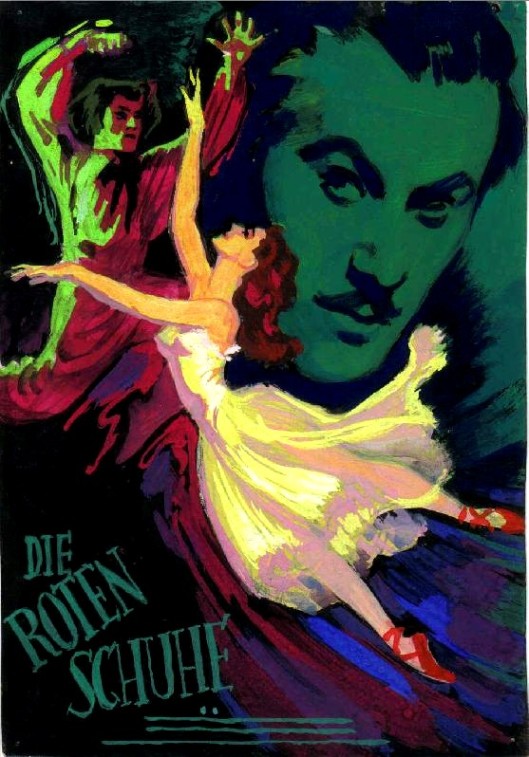 ‘The Red Shoes’, a riot of colour, both on the artwork and within the film. The restored version in particular. sonmi can never tire of this film, for we all dance in those shoes at some point in our lives, and she has hers on right now pirouettes. 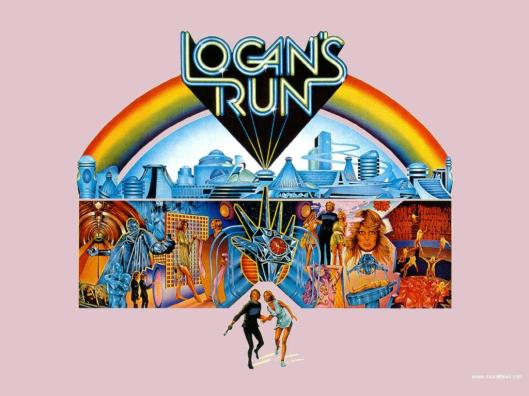 Sanctuary, sanctuary! That Carousel scared the willies out of sonmi when she was a wee thing. Still does for that matter.
The Old Man – [paraphrasing T.S. Eliot’s ‘Old Possum’s Book of Practical Cats’] “The naming of cats is a difficult matter, it’s not just one of your holiday games. You may think at first I’m mad as a hatter, when I tell you that each cat’s got three different names.”

Alex Delarge – “A bit cold and pointless, isn’t it, my lovely? What you got back home, little sister, to play your fuzzy warbles on? I bet you got little save pitiful portable picnic players. Come with uncle and hear all proper. Hear angel trumpets and devil trombones. You are invited.”

A woman in a gold bikini of course!!

35 thoughts on “Friday Night at the Movies.”