"In this cry of pain the inner consciousness of the people seems to lay itself bare for an instant and to reveal the mood of beings who feel their isolation in the face of a universe that wars on them, "Why do you wear a mask? Were you burned by acid or something?" - "Oh no. It's just they're terribly comfortable. I think everyone will be wearing them in the future.”, "Your joy is your sorrow unmasked.", “For many people God is just Dad with a mask on.”, “Man is least himself when he talks in his own person. Give him a mask - and he will tell you the truth.”, Like they do it in the factory, Parting is such sweet sorrow

Esme has long been an admirer of The Psychedelic Furs, and has recently become aware of a different kind of art created beyond music, by the lead singer of the ensemble, Richard Butler. I have been unable to find the names and dates of all of the following paintings, so should you know more than I, do tell.

The paintings are reminiscent of Francis Bacon to my eye; the blurred, stretched flesh, and the masks that manipulating oils in such a fashion produces, the connection to religion with the cut out ‘jig-saw’ pieces that reveal glimpses through the exaggerated confessional grate, and the manifestation of a violent undercurrent he similarly creates.

Masks are prominent in a more obvious sense in other pieces, giving the observer only part of the story of each face depicted. You can never see all, after all…

Most of all there is a deep river of sadness throughout it all to esme; far beyond melancholy, and it runs through each and every one all of the works.

I think they are dark, clever and quite superb.

See even more of his work here – Richard Butler

* (I’ve found this link since writing the above, and I’m pleased to have been correct re Bacon and the confessional) 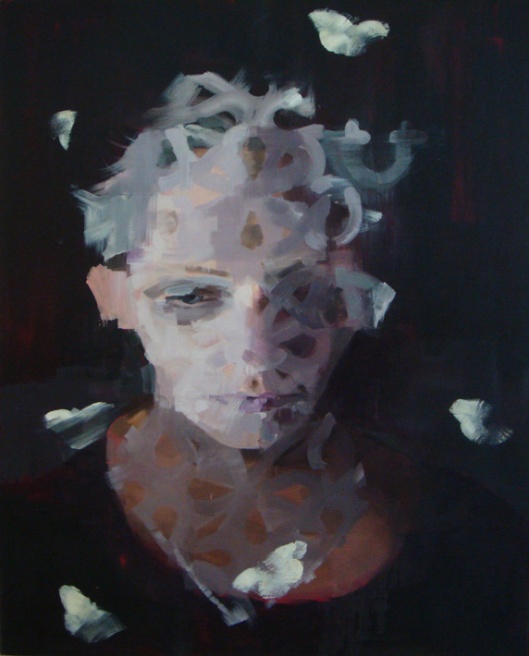 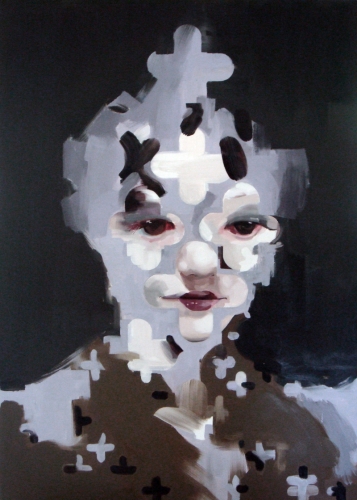 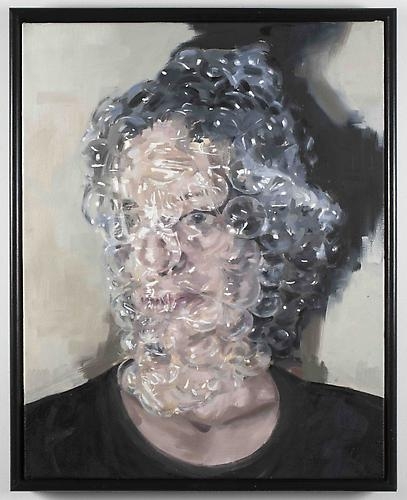 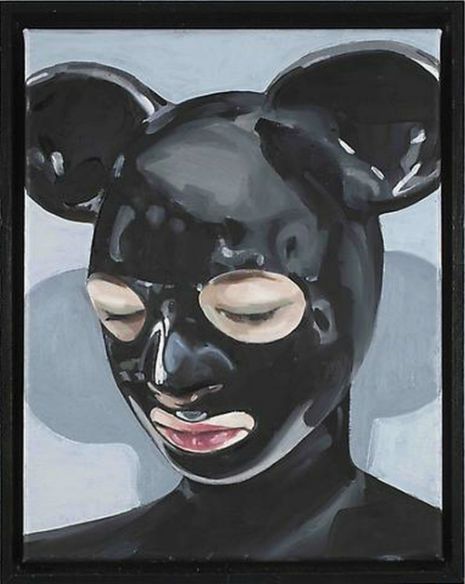 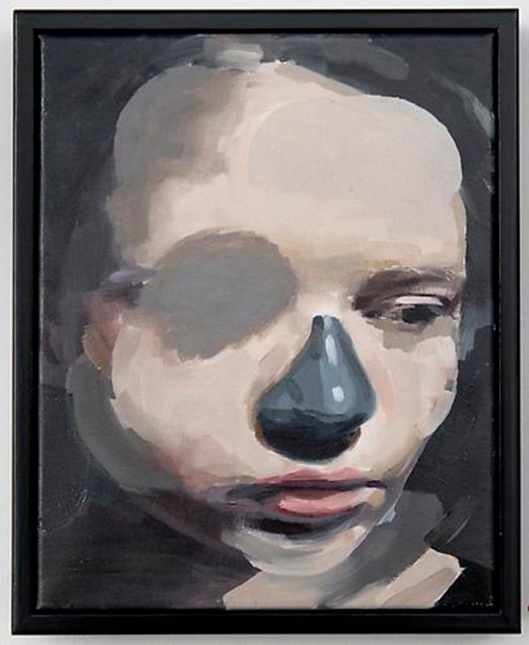 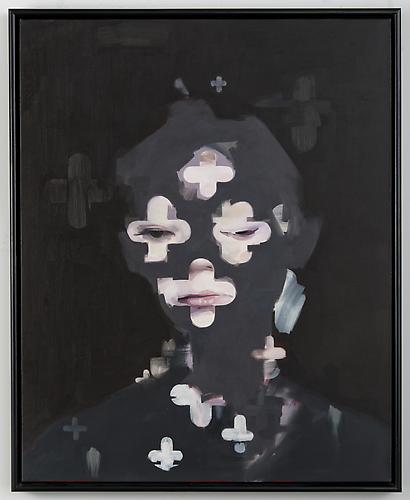 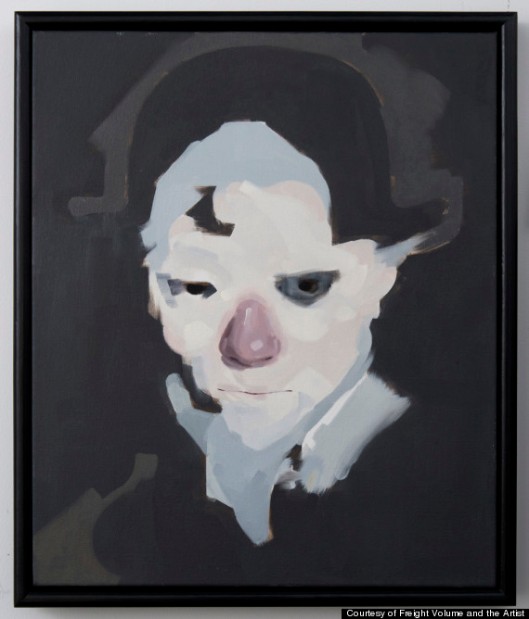 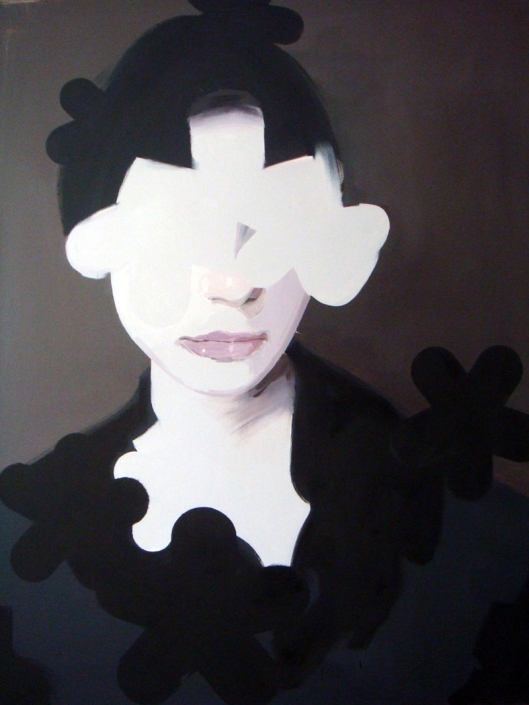 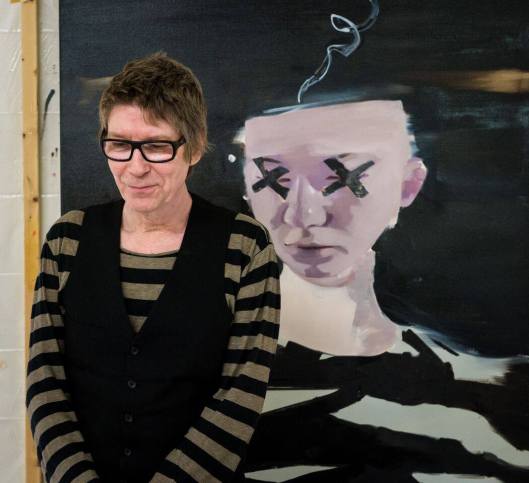