Antiquarian books, Do the Funky Gibbon, Good news for the anxious, My Wife Did It, Old Blind Ned, Utter Claptrap, When it was over - he called her Rover

As some of you are aware, esme has a fair collection of old tomes in her library, over four hundred in fact; many of them are tattified (Troposphere word), but all are treasured and have been read/consumed, or dipped into many times. Some are rarities, nay, yea, (way-hey) oddities that may hold for such boddities as your good (or evil) selves some interest (or otherwise find exceedingly dull, which, be it the case, keep shtum or there shall be consequences, but only in the form of the game of the same name — you must provide the paper, esme will furnish the affair with a dipping pen).

Today’s example is a hardback named ‘Old Blind Ned’ (Or The Lord Will Provide). There is no date printed within, however, the very small amount of information I can find online regarding the book says ‘twas published in 1884. They are wrong. Wrong I tell you! The proof of this time pudding (tastier than thyme pudding, but not that much), can be found within the fly pages at the beginning of the book, where we are informed, (in quite beautiful handwriting, I might add) that this particular copy was presented to one S.M. Hudson, at Christ Church Sunday School, on Whitsuntide in 1883. The year before! But wait, there’s more! – uses a large hook on the end of a long wooden pole to drag several followers back in by the collar as they try to flee the building through the side door – There is no author’s name printed anywhere, but I have managed to find out, thanks to the ‘Dictionary of Anonymous and Pseudonymous English Literature’ (1883) that a certain Mrs Mary E. Gellie** (also the author of ‘Louis Michaud’) had her tale published in 1881, not 1884 at all! Ha! If it weren’t for esme, the world (or rather you lot – gestures towards her audience of seven, all in the cheap seats, one of whom is picking his ear determinedly, another softly singing ‘The Funky Gibbon’, three are asleep and the last one is holding a picture of Barry Manilow and crying.) would think ‘Old Blind Ned’ was published three years later. Can you imagine the ramifications of such an error?!

The implications are minuscule, if indeed they exist at all.

The tale itself is religious in tone, (no shock there then, it being presented at Sunday School) the basic upshot being: ‘good things only ever happen because of God and how much you worship Him. So, think on’.

However ‘tis printed on lovely old, textured paper, with beautiful small etchings within, and has a cracking cover featuring the titular character.

Here are a few such etchings, the cover and some innards.

It’s like the last days of Rome here on the Cloud at times. 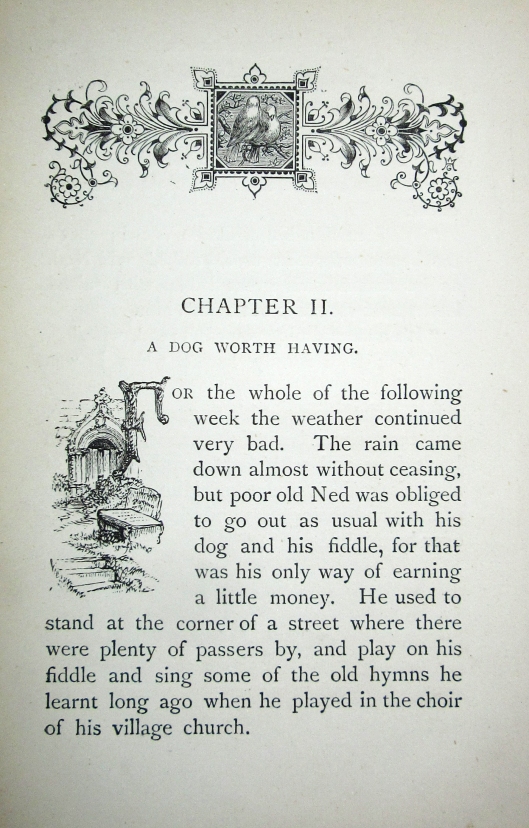 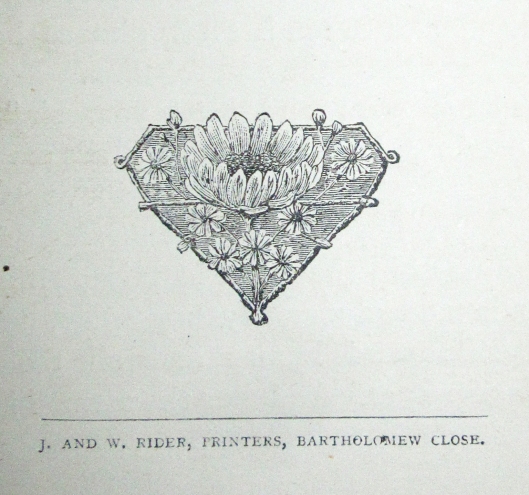 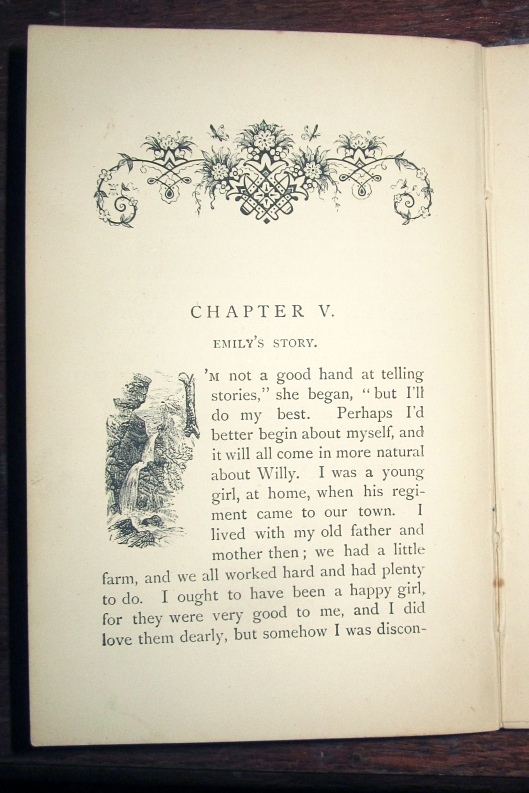 Some of the other titles available;

‘Good Tidings for the Anxious — at last! Hahahahaha.

‘My Wife Did It’ – Can’t help but feel the ending has been given away there.

**But check out this nugget too; Here Old Blind Ned is listed as being written by Mary.E. Boddy, not Gellie at all, so they really didn’t bother checking their facts much by the looks of things, and I’ll wager she was paid all of nothing in an invisible envelope for her efforts an all.

31 thoughts on “Old Blind Ned (Or The Lord Will Provide)”

esmeuponthecloud.com Unless specified otherwise, all content upon this site is the sole copyright of Esmeralda Cloud previously sonmicloud.wordpress.com and the cloud's admin user. © Esme's Cloud and esmeuponthecloud.com 2014- 2020. Unauthorized use and/or duplication of this material without express and written permission from this blog’s author and/or owner is strictly prohibited. Excerpts and links may be used, provided that full and clear credit is given to esmecloud and sonmicloud.wordpress.com with appropriate and specific direction to the original content. Please do not plagiarise, it is both unbecoming, and unfair to original authors. You have been warned. The Cloud does not take these things lightly.
Loading Comments...