Carmen Carmen make eyes at me down at the old bull and bush nar-nar-nar-nar-nar, Flying Monkeys get demoted, Trevor finds his home at last

The interaction between Esme and one of her kind and loyal followers, regarding the Christmas card bonanza;

Dearest Esme,
Here’s a winter’s tale for you –
Christmas has come and gone and with it, the card you sent last year which was prominently displayed, not on my rope strung across the wall, but in its own ‘showcase corner’ on my bookshelf in the living room. Several people commented favourably on it, as we are a family with an artist in it and prone to noticing others’ works. I must admit to feeling a bit saddened by not receiving another this year, as someone had commented on one of your blog posts.

Our mornings are much the same, with me getting up first to put the coffee on and scroll through my messages and then quickly followed by hubby going downstairs to make a fire in the wood furnace. I usually sit, bundled up in housecoat, reading contentedly and sipping on coffee, until the place has warmed up sufficiently for movement. So it was with much surprise this morning to go out into the kitchen for a second cup and discovering an envelope on the island. I says to Reggie, “Where did THIS come from?”, and he replies, “It was downstairs in the burnables” (papers with which he starts the fire). Well! It has a ‘Royal Mail’ stamp on it and I recognize it immediately! (I have no idea how it ended up in the throwaways, believe me, and I see that it was sent in November!). Imagine my grin to open it, after wondering what’s become of my newfound friend ‘across the pond’, to find another card every bit as lovely as the first!! This one will get much more exposure (a full year’s worth!), as my Xmas things have been relegated to the closet upstairs until next December. ..it’ll be on display singularly. I’m going to work today but wanted to let you know how much I appreciate getting your lovely gift – what a resurrection, eh? – and I hope your day is going well. (I believe it’s already underway, what with time change. .. )

You didn’t get the card!!! I sent the bloody thing. I thought everyone had got theirs, I used everyone’s addresses from the first Christmas batch I sent, plus a few new ones gained on the run up to Christmas 2017 . This will be amended. nods. I’ll send you a different kind of card I have produced in the others stead. I’ll let you know when it’s leaving the Cloud and you let me know when it gets to you. I know you weren’t telling me to get one sent, but I really want people to tell me if they don’t get them, so thank you for doing so. Some folks would be disgruntled with me, I’m glad you aren’t.

Of course now I’ve read your second paragraph, so you aren’t getting anything else at all.

I read and reply at the same time, ’tis an affliction.

“It was downstairs in the burnables” – esme passes out

Thank heavens it was found! They always find their way to the their intended eventually. I’ll have a word with the flying monkeys, it will have been their fault. Drunkards.

Here on the Cloud it is raining and cold every day. Dull weather, but not floods or fires so I can’t really complain. 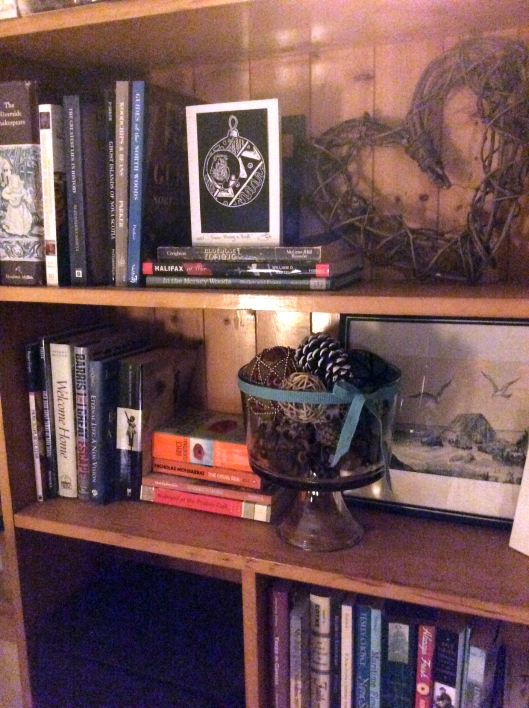 ‘Trevor having a ball’ on display. How lovely. beams

I hope everyone else received their cards, I know most reported back one way or another, which amounts to a successful mission in Esme’s eyes.

esmeuponthecloud.com Unless specified otherwise, all content upon this site is the sole copyright of Esmeralda Cloud previously sonmicloud.wordpress.com and the cloud's admin user. © Esme's Cloud and esmeuponthecloud.com 2014- 2020. Unauthorized use and/or duplication of this material without express and written permission from this blog’s author and/or owner is strictly prohibited. Excerpts and links may be used, provided that full and clear credit is given to esmecloud and sonmicloud.wordpress.com with appropriate and specific direction to the original content. Please do not plagiarise, it is both unbecoming, and unfair to original authors. You have been warned. The Cloud does not take these things lightly.